This is part 2 of my Review of the new Silhouettes from Every Little War ( https://everylittlewar.com/ )., and I am taking a look at the Yu Jing Holo Echoes that where sent to me!

Since my last Review they have put up their Silhouettes on their Website as well, so for everyone interested you can take a look at them right here:

The package I got didn’t include Father Sforza since he’s actually a mercenary, but after checking on their website I have seen that they now have added him to the Set as well, so if you should order the complete set, you should have him included as well. Sadly though this means that I can’t show you any personal Images of him here, since I don’t have him.

Once again let it be mentioned that Every Little War produces in and ships from America, and that all Silhouettes mentioned in my Review where created by Osman Naskali.

As you can see on their website they now also offer Silhouettes for several other factions like for example PanO, Combined Army or Aleph.

Anyways, on to the Review!

The Holo Echoes come in sets of 3 Holo Echoes per Figure, which allows you to filter out the psychological factor of “I’m sure he’s going to be the real model, because it’s just so damn beautiful”…which can be both an advantage and a disadvantages, depending on whether you do that or not ;-P 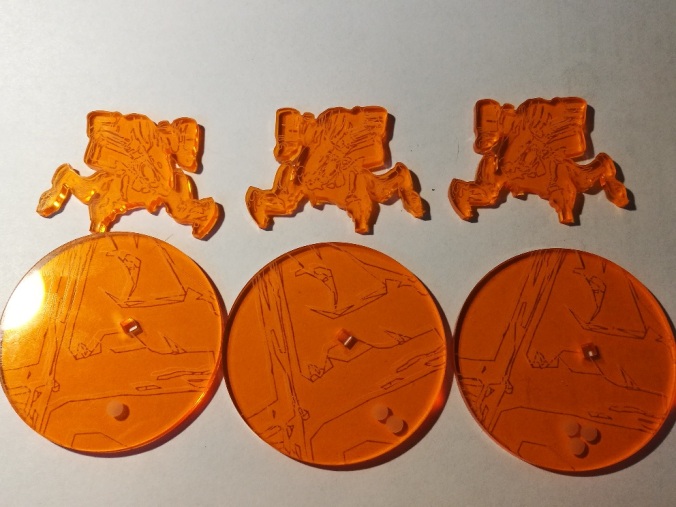 Each Silhouette can come with it’s own base, and in the case of the Holo Echoes I actually recommend using them, as they come with nice Hex Counters on the base that allow you to always know who the real one is, and who isn’t….which can be very important in tournaments and more hard fought battles. 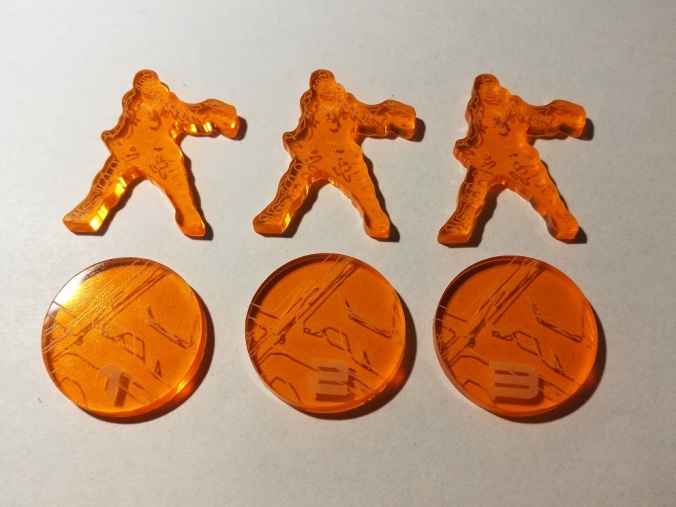 My Kanren Bases actually came with Numbers instead of Hex Counters, but after taking a look at their website it seems they have changed that now to streamline it a bit more, and I have to say, I prefer the Hex Counters over the numbers.

In my test package one of the Silhouettes always was mirrored, looking into the opposite direction, and frankly I found that a bit odd since it actually wasn’t possible to make the model look that way, since the weapons are on fixed positions and the mirroring swapped those., but once again Every Little War has already noticed that, and I was assured by the guys that in the finished product all Holo Echoes will look in the same direction to avoid this problem. 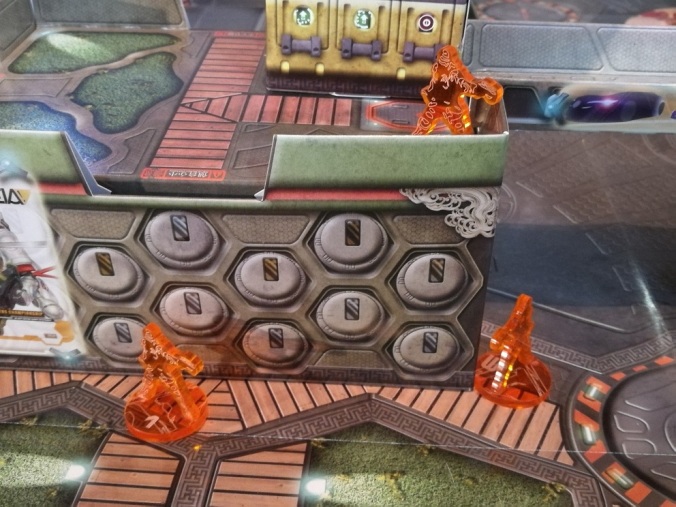 The size of the Holo Echoes fits the original models very well, and I think they actually look great together, although I think the outlines on Sforza and the Lu Duan turned out a bit better than the Kanren… 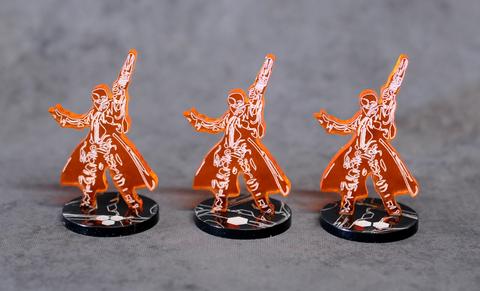 (Sforza Image from Every Little War)

Because the Kanren’s chest seems a bit too empty for my taste, especially since the Kanren has this nice flap over shirt on which I am sure could have looked interesting as an outline.

All in all I will say that I like the Holo Echoes a lot, and I think they are a bit more playable than the normal Camo/TO Camo Silhouettes in the Set, as you don’t have to worry about giving away the model when using Holo Echoes…unless you go for that turn 1 Holoemitter 1&2 Trickery ;-P

I think they could have improved the Kanren a bit more, and I am missing the stretched out hand pose I have seen on other Holo Echoes and the model itself (from an angle it just doesn’t look as cool, although I can see why they did it..), but they did an awesome job on the Lu Duan and Father Sforza for sure!

Since I gave the other Holo Echoes a quite high rating, and these Holo Echoes are actually even better than them, I shall give them a 9.5/10. A little bit of extra work could go into the outlines of the Silhouettes, but other than that they give you everything you could ever want from a Holo Echo Marker, and then some more (like a boatload of colours to choose from, and very flexible bundles!)

I recommend them full heartedly to every Yu Jing player that wants some nice Holo Echoes for their evil trickster units!